What’s the best word to describe Kongregate’s Publishing Program in 2017?

We brought in over 52 million new players on mobile, and greatly expanded our presence on web, Steam, and console for the first time.

Games we launched in 2016 anchored the foundation of 2017. Hyper Hippo’s AdVenture Capitalist soared to new heights with extended marketing campaigns and Kongregate’s first experience with playable ads. Since the start of the year, AdCap tripled its daily active users on the back of successful user acquisition and strong game updates. Not a bad way to celebrate a second birthday!

In the spring, Kongregate filed its TPS Reports (thrice) and launched Ultrabit’s Office Space: Idle Profits. Grabbing your favorite characters, and the zeitgeist of everyone thinking their computers would be erased during the year 2000 (remember that, old folks?), this new idle game was a great depiction of office life (and disrupted Kongregate’s office life as we playtested our way to launch).

Some of the most incredible growth came from two hits that initially launched on the Kongregate.com website. Realm Grinder from Divine Games and Bit Heroes from Juppiomenz jumped from web to mobile in 2017, and both found incredible new audiences with players who were now able to switch back and forth between platforms and play wherever was convenient for them.

This level of connection and community really helped both titles thrive and proved that cross-platform access can help a game grow to new levels. 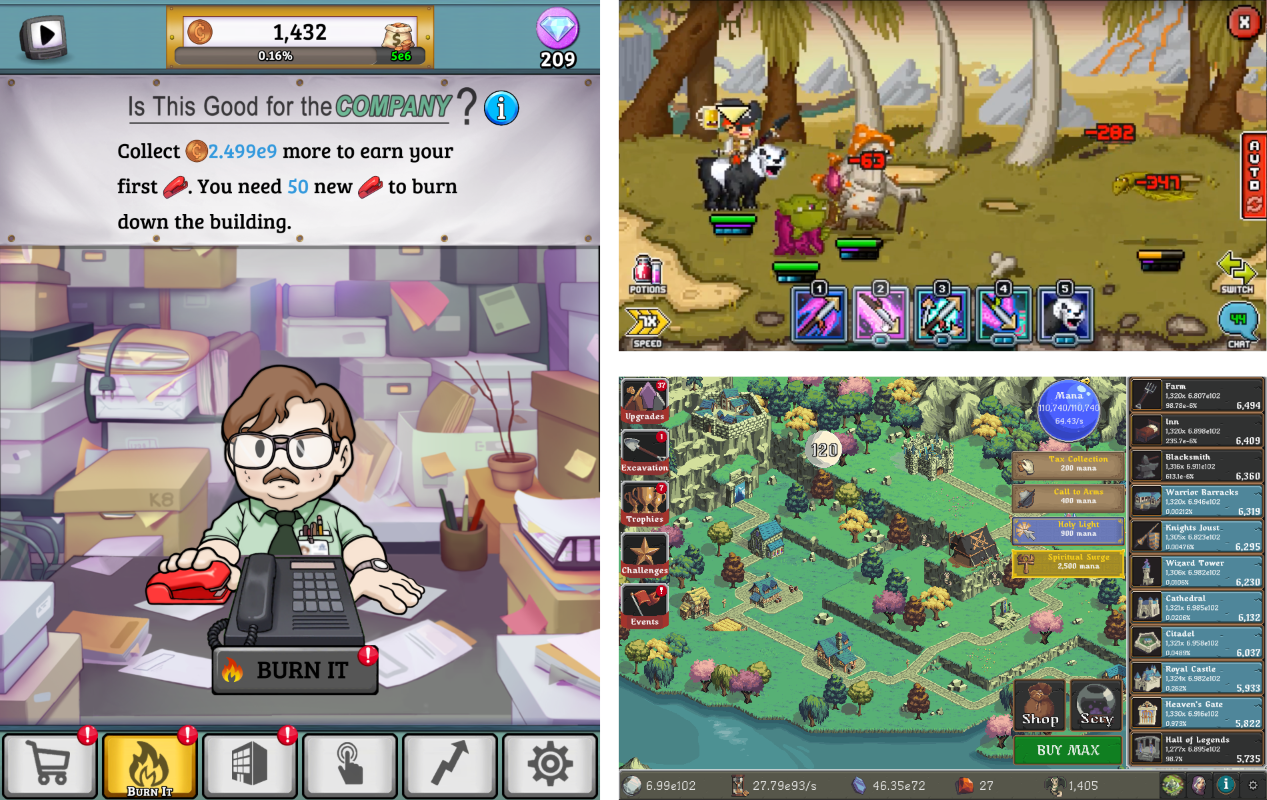 In August, longtime partner Synapse Games took a departure from their normal hardcore experiences and released Castaway Cove. It’s an idle adventure full of incredible exploration, and varied events such as pearl diving, scraping crystals off a mystical turtle, and exploring a mysterious series of islands full of secrets. The title shone through with the team’s dedication to solid design and strong community, not to mention weekly updates and competitive events moving the experience forward. 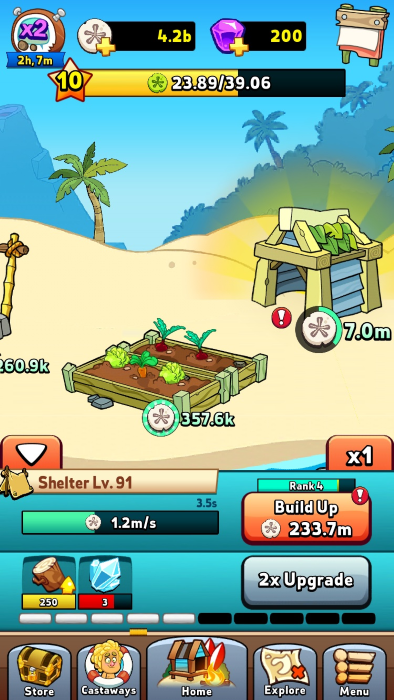 In September Apple released their biggest update to the App Store in years. When they shifted to a Game of the Day approach (from their standard of “Editor’s Choice” big banners), they chose to feature Stormbound: Kingdom Wars from one of Kongregate’s newest partners: Paladin Studios in the Netherlands.

This competitive card battler pitted live players against each other in a strategic war described as what you’d get “if Clash Royale and Monument Valley had a baby.” High praise from Apple, and an exciting new direction for competitive games from Kongregate. 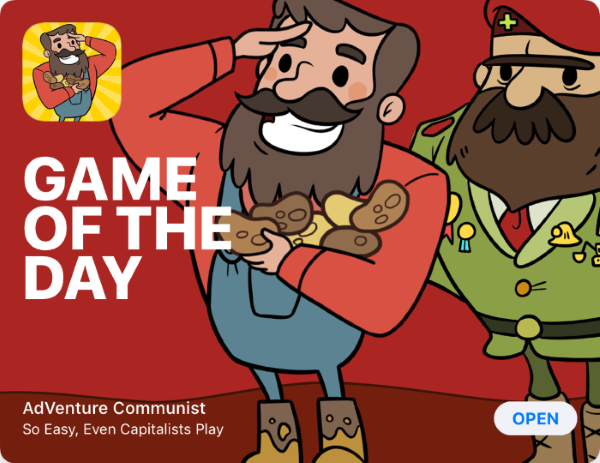 Two more huge launches rounded out the rest of the year.

First we launched Wartide: Heroes of Atlantis, an incredible new take on the strategy and hero genre from one of Kongregate’s newest partners, Outact. Players get to actually drop their troops on a chessboard-like map, and plot out how to best tackle any obstacle in their way. With robust features such as Alliance Wars and competitive PvP, Wartide was a sneaker hit in the fall lineup of launches from Kongregate.

Kongregate finished the year with its most anticipated sequel ever: AdVenture Communist. Not only did AdVenture Capitalist hit a consistent daily user base of over 500,000 players, but the Capitalist's cousin broke onto the scene with great support from both Apple and Google.

AdVenture Communist didn’t just repaint the Capitalist experience with shiny, red colors, but completely rebuilt the game from the ground up. It wasn’t a straight swap of lemons for potatoes, but rather a more strategic experience building up your Comrades and doing work for the great leader.

Altogether, Kongregate released fewer games in 2017 (compared to 2016) and saw more success from both a player base and business standpoint due to ongoing support of older games, successfully getting the most out of cross-platform experiences, and cool content expansions across the portfolio.

2017 was the first year of PC success for Kongregate. We’re not just talking browser games, but really: Steam. Not only did Spellstone and Slashy Hero (both launched in 2016) continue to bring in users, but our first real foray into Premium titles hit the PC Platform.

Additionally, the cross-platform experience continued to grow, with additional Steam launches mirroring their mobile counterparts with Animation Throwdown, Bit Heroes, Office Space, and Realm Grinder all making their mark on the PC community. Using Kongregate’s account connectivity, players were able to take their games from web to mobile and back to Steam, seamlessly.

As 2017 came to a close, Google honored Bit Heroes with a “Most Social” Best of 2017 award and followed up quickly with an “Android Excellence” badge for the quality title.

So where does that leave Kongregate for 2018?

We’re currently aiming to release a similar number of titles this year, including new projects from several of our biggest partners. We have a lot more to announce in the coming weeks, but we’re starting off 2018 on a classic foot with the release of Super Fancy Pants Adventure on iOS (Android coming soon).