One of the games with the highest number of plays on Kongregate.com is Mutilate-a-Doll 2: a sandbox game where -- you guessed it -- players can take control of a ragdoll and expose it to everything their imagination can come up with. Boasting 36 million plays, 1,700+ items, and a ton of user-generated content, MaD2’s premium edition has finally come to Kartridge. 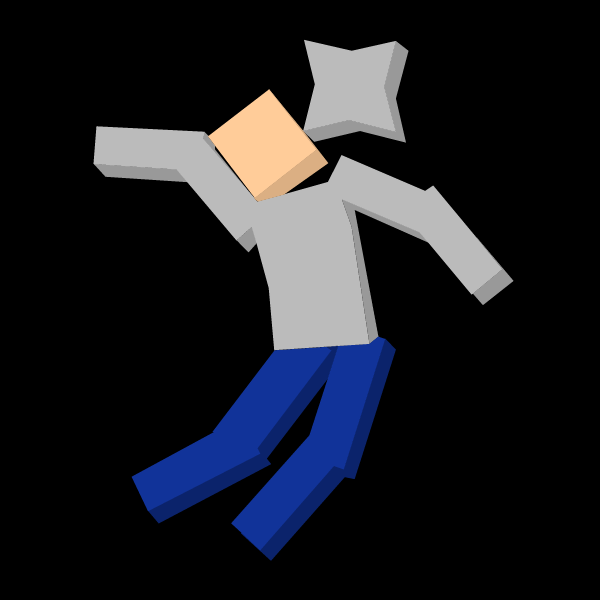 We got to chat with 0rava (Dash-rava) about his experience with MaD2 and its journey from online project to downloadable sandbox sensation.

Are you an independent developer? How long have you been developing games?

I’m primarily self-taught when it comes to programming, so the exact “How long have you been developing games?” timeframe is a bit fuzzy for me. A lot of my early stuff was simply me learning how to make games in the first place, so there were lots of tutorial clones and experimental prototypes (not so much actual games) in the beginning.

I grew up watching animations and playing Flash games in school. Inspired, I picked up doodling animations myself, then gravitated from small code snippets, to interactive stuff, to actual games. But honestly? I didn't even know game development was seriously an option.

The 18-year-old fresh-out-of-high school me just made stuff I thought was cool, and then ended up releasing Mutilate-a-Doll (MaD) on Kongregate in 2010, because someone else on a forum I shared it on thought it was cool, too. MaD was released on a whim, but I’m really glad it was.

At first it was great to see thousands of gameplays on Kongregate (“Whoa, people are playing my game!”) but then I also kept getting tons of player feedback, and my first cheque arrived in the mail for a whopping $27 in advertising revenue, and suddenly becoming a gamedev was actually an option.

Were you a gamer before you started making your own games?

I’ve played games pretty much ever since I can remember, starting with SNES, Genesis, and Windows 95: Mario Bros., Road Rash, Mortal Kombat, Jazz Jackrabbit, Liero, and so forth during the late '90s.

After that I was super into RuneScape and Soldat, which pretty much consumed most of my school years during the '00s.

Nowadays I play pretty much whenever I’m not working (and sometimes during... let’s call it market research...), either VR or pancake games of all kinds.

What are your favorite games or influences?

Soldat
While playing Soldat I first dipped my toes into modding (in Pascal), which got me into programming in the first place. And to this date I hold Soldat’s movement system as the best ever made for a 2D platformer. The fluid movement possible made the game an absolute pleasure to play, and simultaneously pretty much ruined all other platformers ever since for me.

The highlight of these games is the A-Life system, which differentiates them from everything else. In the end it's really just pretty simple things like stalkers moving between camps, getting into fights with mutants, or hunting artifacts, but it adds a lot to the world. Other games have tried to add similar things, but often they’re scripted interactions instead of fully dynamic, which sucks all the fun out of it.

Neither of the above have directly influenced MaD due to being such different genres, but maybe one day I’ll make the very best 2D platformer, or the grittiest post-apocalyptic shooter of my own. Time will tell.

How did you come up with the idea for your game? Was it based on a concept from another series?

A lot of people have compared MaD to Interactive Buddy in the past, but it may come as a surprise to many that it wasn’t the original source of inspiration for the game. Instead, the original MaD was directly inspired by the physics game Splitter, which also uses Box2D as its physics engine.

Immediately after first playing Splitter, I set out to replicate its cutter system. Physics games had been all the rage for a while already at that point, but the cutting in Splitter was unlike anything I’d seen before at the time.

After eventually getting the cutter working, ragdolls came next pretty naturally because I needed something a bit more complex than squares to slice and dice… And the project just grew from there: Add some weapons that can cut… Sprinkle in some destructive explosions… And voilà.

Then a few years and a lot of items later, MaD2 followed in the footsteps of the first one; though changing and improving a lot of things along the way, the cutter was still the central feature of the game.

Is there something about this game genre that inspired you?

For me, emergent gameplay is the holy grail of game development, and keeping things as dynamic as possible paves the way there. I’ve always been a fan of items and powers that you can use to affect or alter things in wild ways, be it destroying the terrain under your opponent in Liero or Worms, tossing your enemies around in Star Wars: KOTOR, or even bringing down a whole structure on someone in Red Faction: Guerrilla.

What sort of experience do you want your players to have?

MaD2 is a sandbox, so pretty much anything goes.The game has a pretty clear premise (it’s in the title) but I’ve tried to build everything around that as customizable as possible: You can colour any item you spawn with any palette you like, add visual particle effects, and add physical properties, such as Anti-Gravity or Shocking.

If the item has some kind of functionality chances are you can then modify its parameters to fit your needs, e.g. making a Grenade’s radius larger to explode the whole screen or making Launcher Cannon shoot things out of it with even more force.

If customizing an item alone isn’t enough, you can also combine other items for maximum effect, like using tripwires to trigger hidden explosives, or using attachments to modify firearms.

What is your favorite part of this game?

The content pipeline has developed to be really great over the years. There are over 1,700 items in MaD2 currently (having launched with a hundred or so), and I really like how the game has grown naturally based on player feedback. A lot of the items -- most items, really -- have been either suggested as ideas or designed entirely in the game’s model editor.

What are your next plans? Do you want to release a DLC or an expansion?

I have an infinite backlog of submitted items and ideas, and I’m always adding new stuff in the game. The Winter Update just released a while back with 50 new items and a couple of snowy environments. 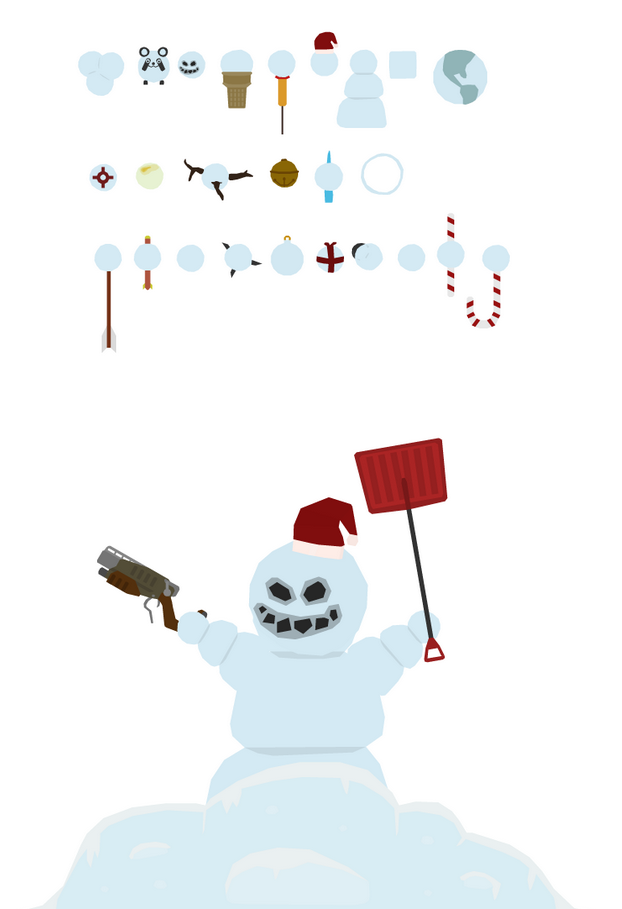 What sort of programming resources did you use?

MaD2 is programmed in ActionScript 3 and compiled using Adobe Flash. The Download Edition is also made in Flash, just wrapped into an .exe with Flash Player to make it possible to play it locally without a browser. 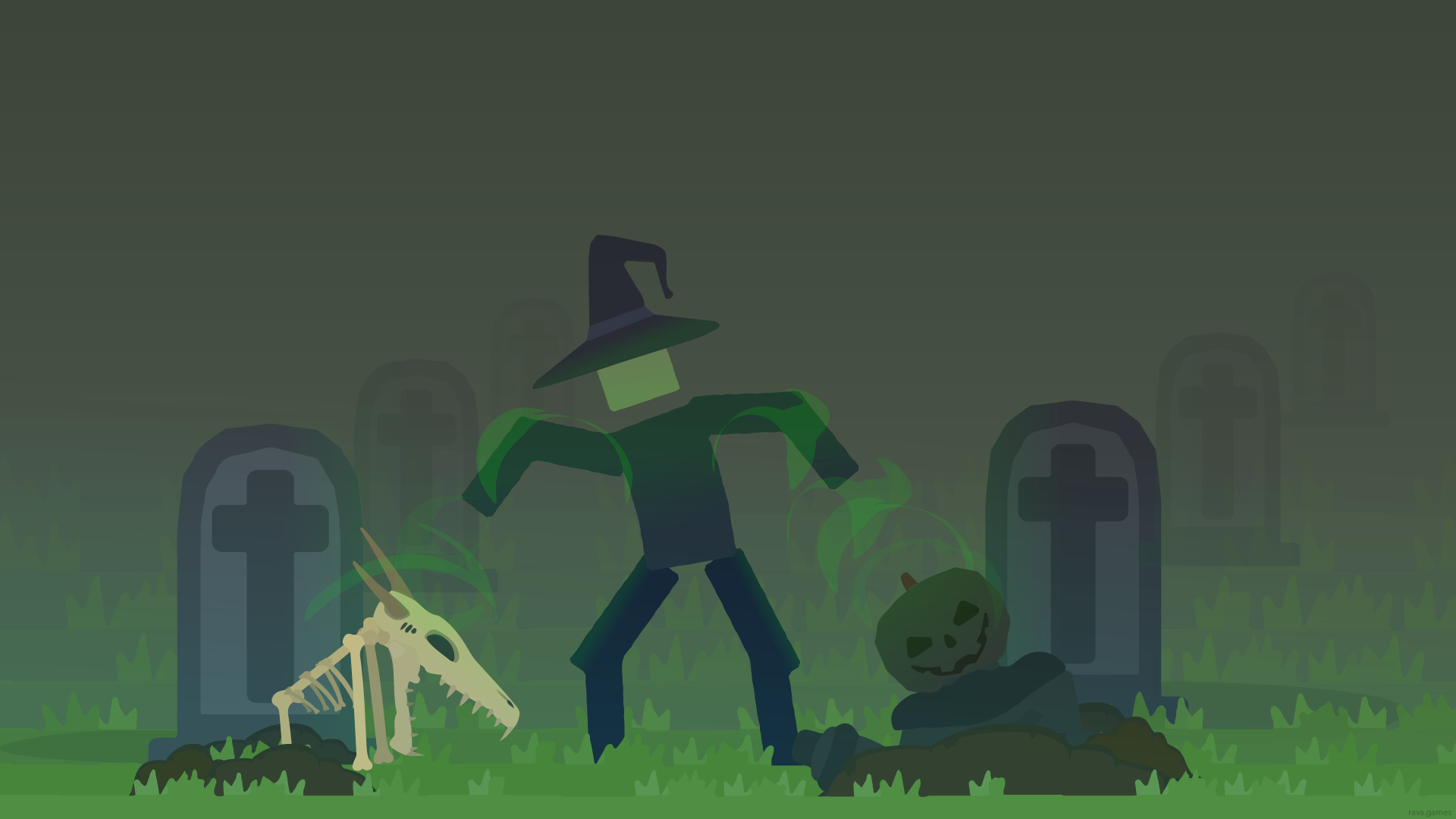 I like my load times as short as possible, so there is no background music bloating the game’s size because it wouldn’t add all that much in a sandbox game.

All graphics in the game are made using the game’s modelling tool, MaD Lab, which exports them as point+colour data that the game then parses to generate the actual graphics. This means that there are no graphics files for the items at all. It’s just text data, which compresses very well, again helping with load times.

The final build of the game is around 3.5MB currently for the Flash version, which is smaller than some of the teaser gifs I’ve posted on social media in the past.

What made you want to post the game on Kartridge?

Releasing on Kartridge was an obvious thing to do for me since the app makes it so easy for developers to upload games, and I already had the Download Edition of MaD2 built when the Kartridge open beta started.

Are there expanded features or more content in the Kartridge version?

The MaD2 Download Edition is simply an alternate way to play for those who prefer to play locally, and a way to support the game and its years of free updates.

Content-wise it's intentionally as identical as possible, because I don't like locking content or fracturing the player-base (even in a single-player game) in any way. 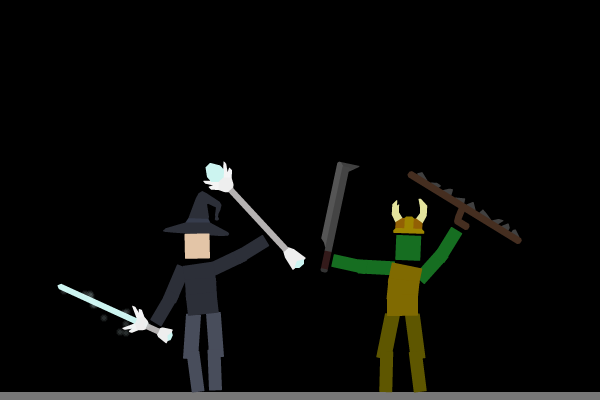 Could you recommend one other game on Kartridge from another developer?

I’ve only bought one game on Kartridge so far because I have a massive backlog of games to go through in the first place, but Bad North is a really cool very condensed micro-strategy game with a great style. I followed its development on Twitter for ages and then got it immediately when it launched on Kartridge (and got to use the coupon from Kongregate, which was nice).

Tell us something else interesting about yourself!

I like biking a lot and did a couple of 100km trips last summer. Unfortunately living in Finland complicates that a bit so I have to shelve my road bike during the snowy winters and find other ways to stay in shape. Recently I’ve been playing Beat Saber in VR, which is a pretty intense arm workout. You can watch me flail around here.

I occasionally cook a tray of pizza so large it lasts for several days (I’m talking breakfast, lunch and dinner here). It’s amazing.

0rava has been a member of the Kongregate family for a long time, and we wanted to let his players talk about him a little bit. 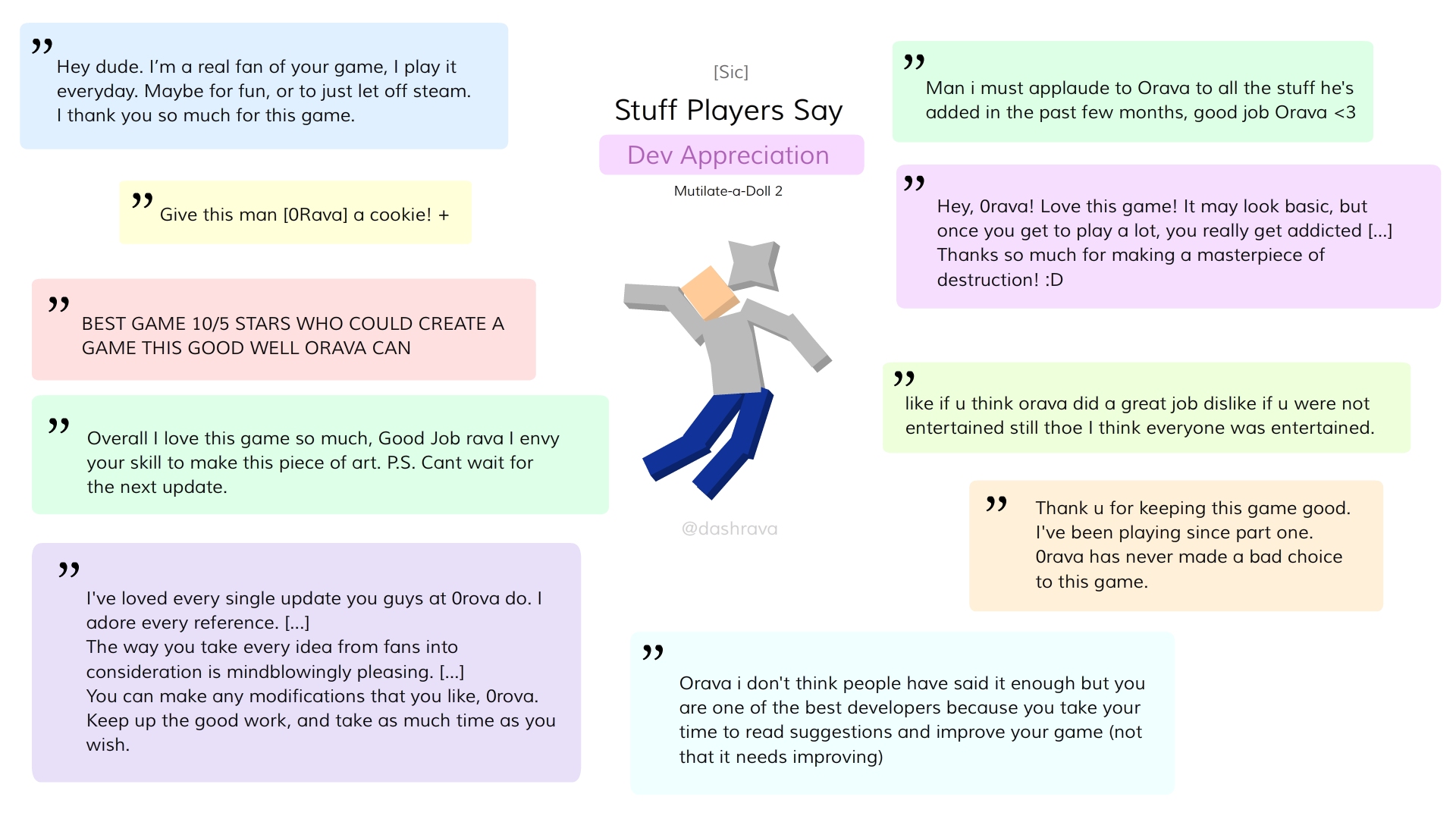 ...maybe we can do that a bit better? Cue wholesome content. 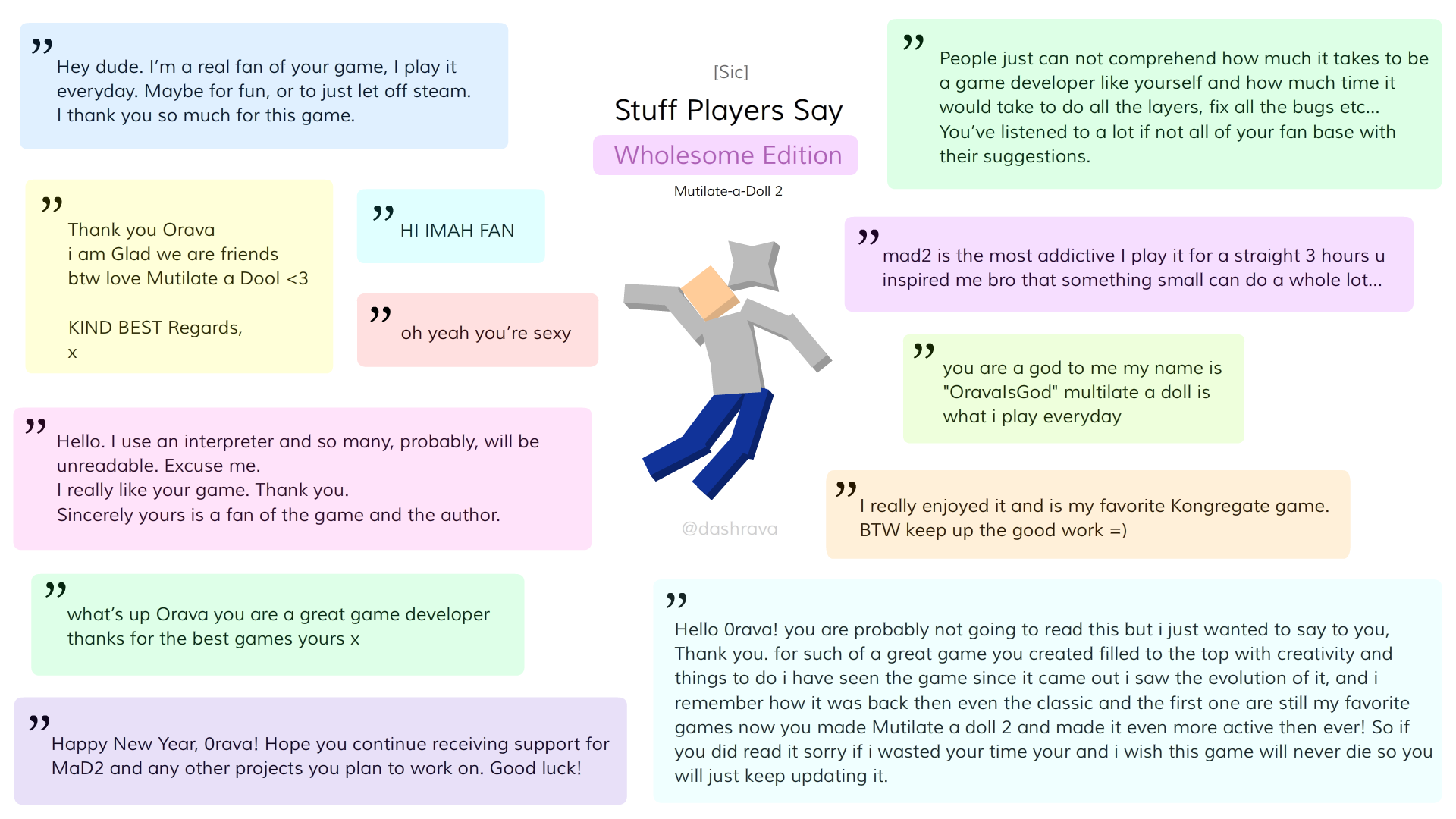