Descend into a nostalgic 8-bit adventure in Bit Heroes, now available free on iPhone, iPad, & Android! A Kongregate.com standout, Bit Heroes has been charming players with its strategic turn-based gameplay, robust multiplayer features, hundreds of pieces of loot, and unique pets like floating pizzas and tiny unicorns. This live synchronous world is a true shared experience for players across platforms and across the globe.

Originally started as a side project among three friends, the full game is being developed by Nevada-based indie developer Juppiomenz. It’s a deep RPG with tons of loot to find, upgrade, and evolve into powerful weapons & gear. Players can also upgrade their power by recruiting monsters, and even past bosses, that they have defeated to fight with them.

In addition, Bit Heroes includes a compelling Guild system, Raids, weekly events, and PvP for hours of additional content. Players that compete in the Player vs. Player Arena can fight both friends and foes for epic loot, and the top PvP player will be immortalized in each player’s town square for the ultimate bragging rights.

The game is completely cross-platform, so players can easily transfer their progress from web to mobile and back again. Start your 8-bit adventure in Bit Heroes today on iOS, Android, and Kongregate.com! 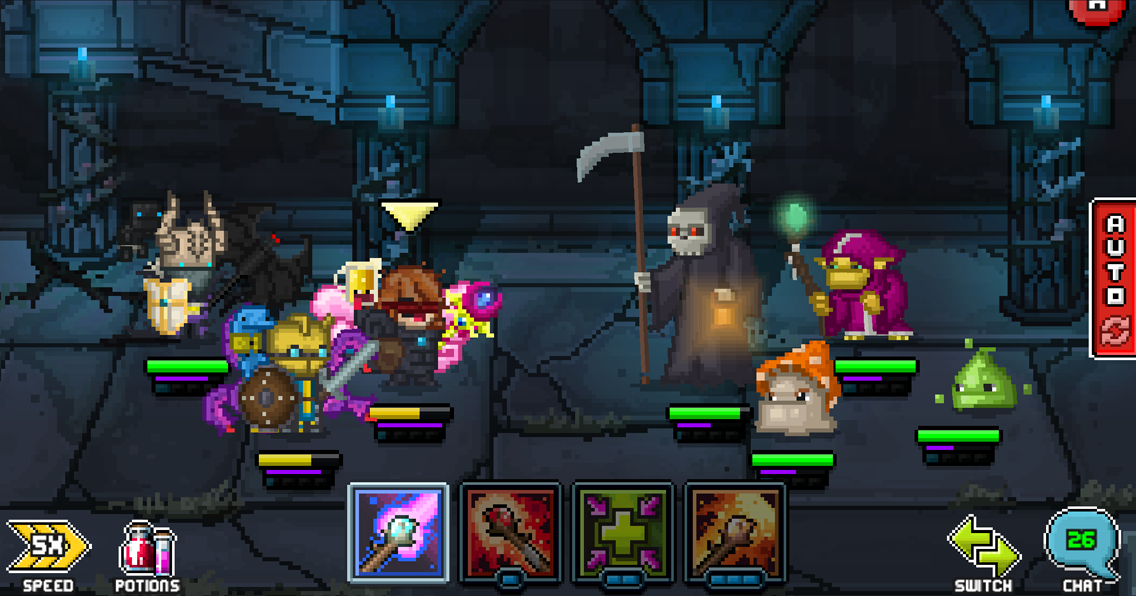