We’re proud to share that we have partnered with Indie MEGABOOTH to bring a new, wonderful curation system to Kartridge! 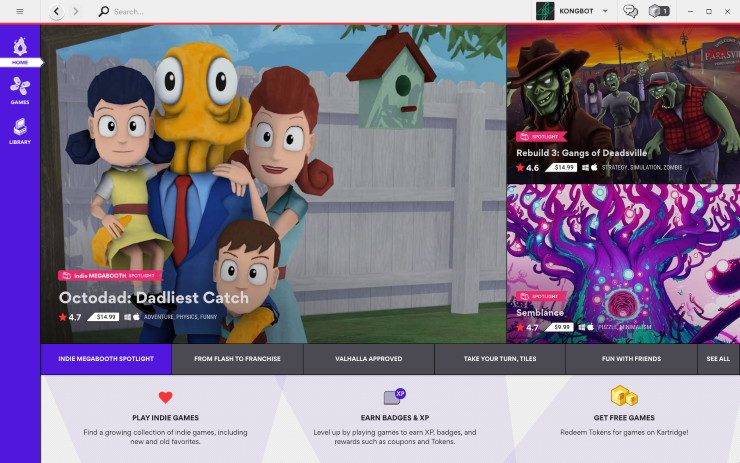 When we set out to build Kartridge we wanted to build a place where curation wouldn’t be a uniform, one-size-fits-all approach. Ultimately we see curation as many different types of content filtering: editorial, algorithm-supported, player-rated, and more. Our hope with this multi-pronged process is to help shine a light on games players want to play and the developers who make them. We don’t think that can be accomplished with just one method. Indie MEGABOOTH coming in as a content partner helps us drive an incredible editorial view of the content on Kartridge, and brings their booth curation into the digital space! 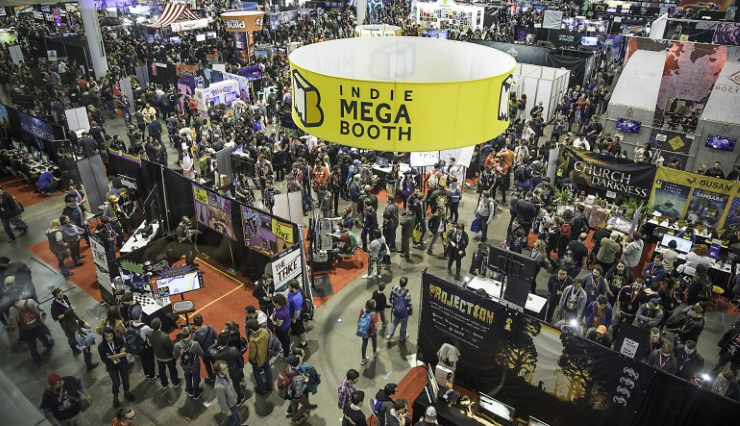 Indie MEGABOOTH is a traveling showcase of independent developers and their games at major shows such as PAX and GDC. They carry tremendous expertise in finding incredible games and providing them a public showcase, providing on-site support at shows. At PAX West 2018 alone they had over 75 teams showcasing their games! They’ve had many amazing games from Indie MEGABOOTH alumni since 2012, including:

As part of their first hand-picked curation, all of these games are now available on Kartridge in a feature we call the Indie MEGABOOTH Spotlight. These games were picked as a true cross-section of the amazing games that represent the indie spirit and innovation Indie MEGABOOTH nurtures and presents at each of their showcases. We’re truly proud to be able to showcase their work during these next couple of weeks and in future showcases throughout the year! 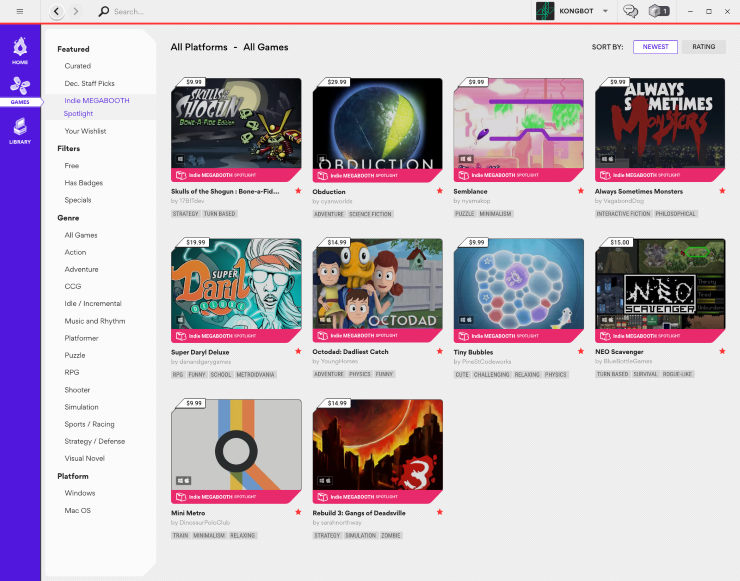 Each game showcased in the Indie MEGABOOTH (and brought to Kartridge) will carry the IMB Spotlight badge, a mark of high quality and curated content direct from the Indie MEGABOOTH team. For background, IMB plays every single game that is ever submitted to their showcase and painstakingly builds a new curation for each show to provide the best in indie gaming.

We partnered with Indie MEGABOOTH because of their mastery in curating great indie games but also their radical understanding of the creative challenges of being an indie developer. At Kongregate this has always been our mission, and we continue to try to find ways to help developers, whether it's on Kartridge, Kongregate.com, or through our publishing programs. Today with Indie MEGABOOTH helping lead a special curation we have yet another avenue to showcase incredible games.

Check out the curation, now live on Kartridge!