We recently looked at the performance of an offerwall in one of our mid-core titles and found it’s primarily utilized by non-payers and found a significant boost in the purchase rates of non-payers who engage with an offerwall, with no negative impact to retention or gameplay rates. Generally speaking, it’s almost all additive revenue!

Offerwalls are typically placed in the game store and reward users with hard currency for completing an offer of the user's choice. Offers can range from simple "watch a video" to things like getting an insurance quote or subscribing to Netflix. The offerwall rewards are usually tiered based on the complexity of the offer. Game developers set the exchange rate of the offers to an appropriate value of their hard currency.

Engagement with the offerwall averages between 0.5% and 1.0% of users. Players engage with more offerwalls as they age, which is a function of those users having reason to visit the store looking for added currency and boosts.

By user type, the majority of engagement with the offerwall is done by non-payers. 93% of players who engage with the offerwall (aggregate) are non payers and have not gone on to become payers indicating additive revenue from these users. 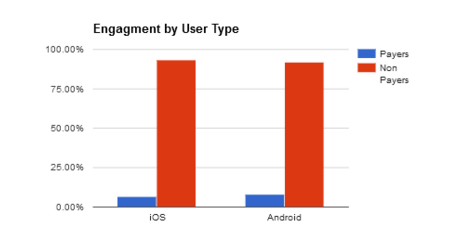 Non spenders who make their first "transaction" via the offerwall go on to have a buying rate 4.5x that of non payers who do not engage with the offerwall. This is likely a function of them getting a “taste” of the value of the virtual goods via the offerwall reward, then coming back later to purchase on their own. 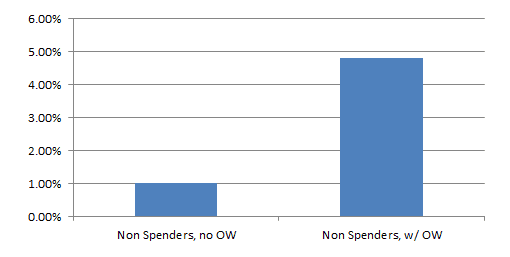 It’s important to remember that offerwalls are 100% opt-in by users. They typically have to click a button to call up the offers, then select which offer might be appropriate. There is (and should always be) an X-out button so a user can close the offerwall whenever they desire.

Issue rates with an offerwall should be less than 1%. Most offerwall providers do their own customer service and bulk of issues tend to be approved automatically by vendors. Sometimes further investigation is required, especially if they appear to be fraudulent attempts to gain a reward. So while there are potential customer service issues, these have to be weighed relative to the value of the added revenue.

Offerwalls, if implemented well, can be a significant source of added revenue for a game. Our findings so far are consistent with industry trends and ad network reports. With most interactions coming from non-payers, it’s a great way to monetize users who might be on the fence about buying IAP.

It’s also important to remember that offerwall revenue, for now at least, is not subject to platform fees, essentially making $1 from an offerwall 30% more valuable than $1 from an in-app purchase.

We will continue to update these statistics as we gather more data. For questions about this study or to receive additional information on offerwalls or in-game ads, please contact mobileads@kongregate.com.