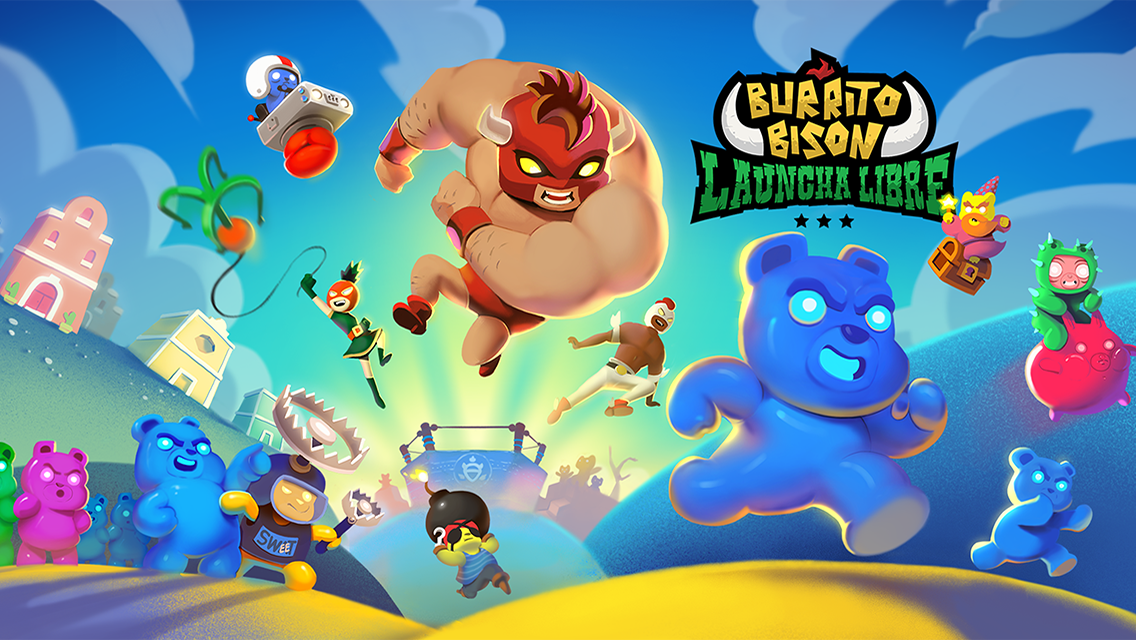 We’re happy to announce that we’ve partnered with Montreal-based indie developer Juicy Beast to launch one of our most popular Kongregate.com games on mobile, Burrito Bison: Launcha Libre!

Launcha Libre is the third game in the beloved franchise, following the original Burrito Bison and its follow-up, Burrito Bison Revenge, free Flash games released in 2011 & 2012. Four years after the success that the first games enjoyed, the 4-man developer team, Juicy Beast, was still receiving requests from fans to bring back the Bison, so they decided to develop a new and improved version of the game, this time on both web and mobile. 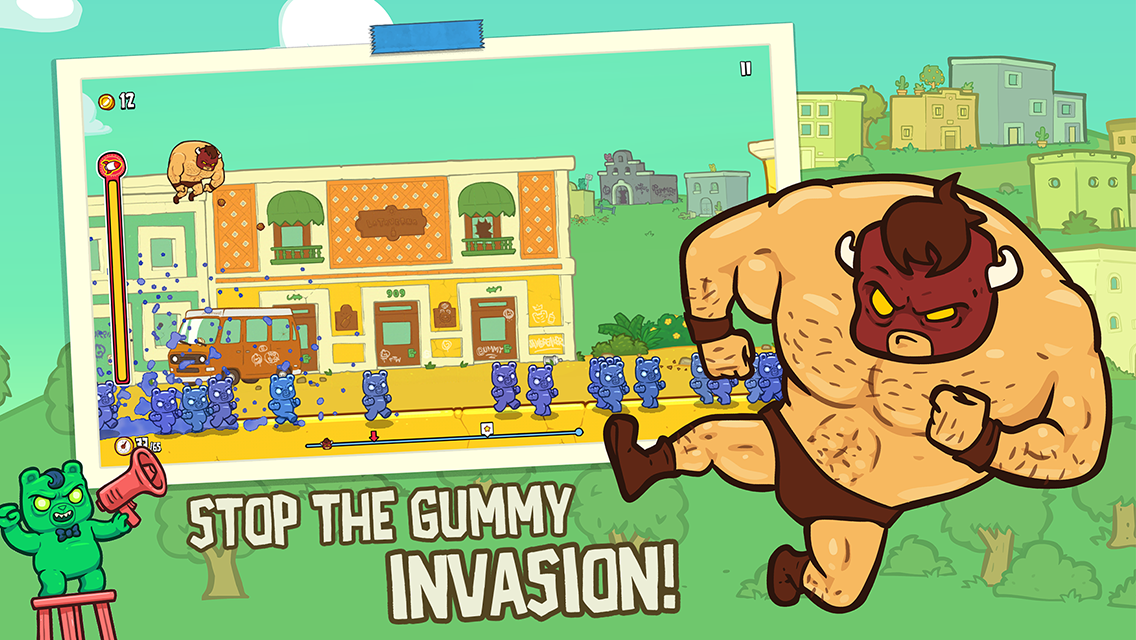 Burrito Bison: Launcha Libre picks up where the previous games left off, with over-the-top quirky action! For those who haven’t encountered the Bison before, your goal is to launch Burrito Bison, a luchador, as far from the wrestling ring as possible. To fly even farther, players need to “bounce” him off of evil gummies and unlock a wide variety of power-ups and upgrades to make Burrito Bison stronger, slippier, luckier, faster, and more explosive than ever before.

And new to the third game are two new luchadors to play as in addition to Burrito Bison: the nimble and glamorous El Pollo & the quick and precise Pineapple Spank. Pineapple Spank’s quick hookshot allows her to easily grab the most-wanted gummies out of the crowd, while El Pollo can glide through the air to reach new heights!

Launcha Libre also adds final boss battles to send the gummies running back to their alternate universe once and for all! Plus for iOS players, there are new luchador and gummy Stickers to send to your friends and family.

Are you ready to unleash your inner Burrito Bison? Start launching your luchador for free today on iOS, Android, and browser. And for the latest news on the game, visit the official site and follow Burrito Bison on Twitter and Facebook.

BONUS! Kong+ members can now change their profile skin to something awesome to celebrate the launch of Launcha Libre!