It was to be the last question of an Exec AMA to close out Kongregate’s day-long offsite: “Which Hogwarts House would the person to your right belong to, and why?”

The answers quickly revealed — and were later verified by Pottermore — that the four members of the Kongregate exec team in fact represented each of the Hogwarts Houses from the Harry Potter universe. A Gryffindor CEO, a Slytherin COO, a Ravenclaw CTO and a Hufflepuff CRO. We have symmetry! 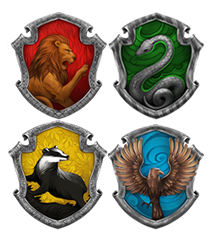 We love to geek out at Kongregate, including tabletop game nights, 4-person Towerfall matches between meetings, desks adorned with Star Wars Lego vehicles and other collectibles, and a TON of web and mobile game knowledge. Now we had a new way to identify and organize ourselves. Nearly all of the employees have visited the Sorting Hat site and we’re remarkably balanced (see below): 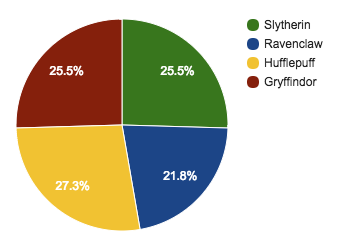 What does this all mean?

Maybe it’s just random! Or maybe some of the diversity that we strive for as a company, and the acceptance of the different strengths and tendencies we each have, can be seen in a fun exercise like the Pottermore Sorting. “That’s such a Slytherin thing to say” is a typical comment in a meeting, and it is said with humor and respect. Even the less prominent houses from the books -- Hufflepuff and Ravenclaw -- have become sources of pride and identity across Kongregate (I’m a Hufflepuff). Slack rooms for the houses have forged some bonding across departments that otherwise would not have daily interaction.

Of course, knowing someone’s tendencies only gets us so far. As Dumbledore wisely said, “It is our choices, Harry, that show what we truly are, far more than our abilities.”