Ultrabit, a San Diego-based developer sitting at a dozen team members, was acquired last year by Kongregate. With four published titles and millions of downloads and plays across both PC and mobile, Ultrabit is extending their genre reach with their latest title Crossword Safari: Word Hunt.

In this interview, Ultrabit discusses their roots, trying new things, what makes a good word game, and how to keep a small team happy.

KONGREGATE: Today we are chatting with Ultrabit, creators of Crossword Safari: Word Hunt, Pocket Politics, and Office Space: Idle Profits. Ultrabit was founded in 2014 by veterans from Zynga, Kongregate, Sony Online Entertainment, and Red 5 Studios. How did Ultrabit first come to be? How did the team meet and start working together?

ULTRABIT: The majority of the early Ultrabit folks had worked together previously at companies in San Diego, most notably Kongregate and Zynga. Our co-founders were passionate about taking their game expertise into the indie space and so began gathering a team of industry veterans. Over the course of 12-16 months, the team grew to about 10 people prior to the launch of our first title, Raid Brigade.

KONGREGATE: Crossword Safari: Word Hunt is the first word game for Ultrabit and Kongregate. There is such a wide variety of casual game genres; what provoked the team into creating a crossword puzzle game?

ULTRABIT: At Ultrabit we are always looking at what’s new -- new mechanics, new genres, and new platforms. As part of scanning for new opportunities, we started to see an explosion in the word genre space; this was true specifically for a crossword-based model that leveraged a set of 4-7 letters to generate anagram-based crosswords. We loved the simplicity of the design and thought we could bring a unique angle to the market around new modes and a novel approach to narrative-based progression.

KONGREGATE: Crossword Safari is a big departure from your previous games, most notably idle games Pocket Politics and Office Space: Idle Profits. How does a team shift into a new genre? What type of research and prep is required when swapping gears in game design?

ULTRABIT: It’s important for us to understand what’s working in the market first. We do a lot of game deconstructs of all the top titles in the genre to get a sense of the feature landscape. We also try to gather as much data as possible to better understand what “success” looks like as we start to lay out our feature roadmap to make sure we’re focused on the right mix of mechanics. It takes a bit of time to mentally switch over from a design standpoint, but once you’re immersed in the project you really start to get your hands around the project. 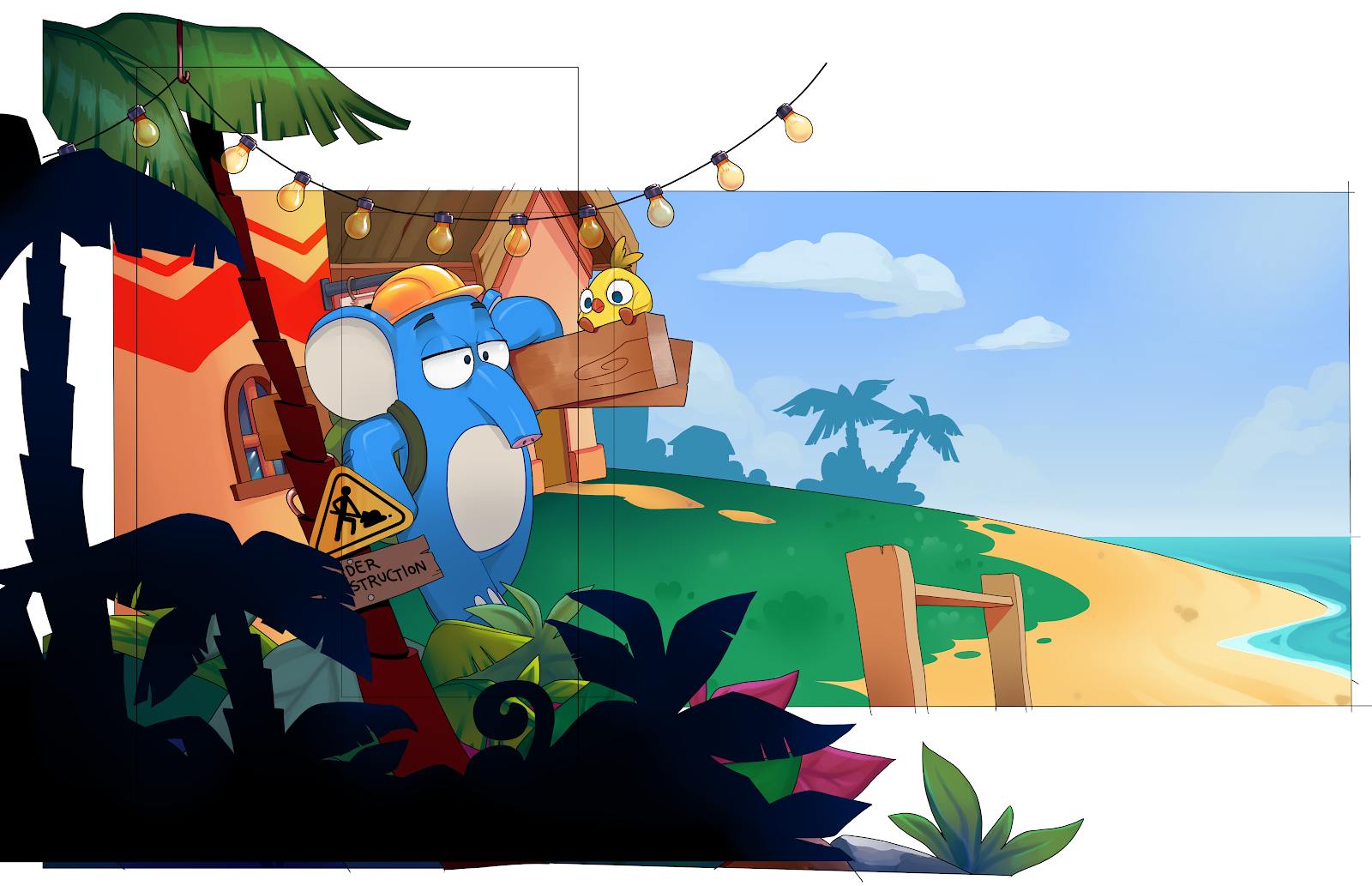 KONGREGATE: What makes a word game fun? What additional features and gameplay did you find were important to create a unique word game?

ULTRABIT: There are a couple of characteristics that we think drive the “fun” in the word game genre. The puzzles need to be interesting and challenging; a big portion of the players we talk to are looking for “brain training” type of games, and look for word games to satisfy that need. Secondly, effectively managing the dictionary of words used to create the puzzles is hugely important. Lastly, loads of content; word players want to be able to have enough content to always stay engaged with the game. As part of our efforts to ensure we always have something for the player to do, we created an “arcade” of new modes that use the same core mechanics but with unique twists: e.g., timed modes that require speed spelling, a point-based daily challenge that makes certain letters worth more than others, and novel limited-time events that mix up the core gameplay.

KONGREGATE: What is the Ultrabit team like? What do you do for fun?

ULTRABIT: Ultrabit is currently made up of twelve people who are responsible for running three different live games. We are very focused on execution and launching/iterating on new products. However, we put a ton of value on work/life balance so we tend to prioritize for team health -- both physical and mental -- to ensure we can sustain aggressive schedules. We do everything we can to avoid crunch as we firmly believe that’s not a sustainable model for the team and has negative consequences for the business. Fun-wise, the team is filled with foodies so trying new lunch spots is a big pastime. We’re also in one of the biggest craft brewery scenes in the US, so a fresh pint on a Friday is usually in order.

KONGREGATE: The Ultrabit team resides in San Diego, California, which is also the home to many other notable game developers including The Behemoth and Psyonix. What makes "America’s Finest City" so attractive to game developers?

ULTRABIT: Who doesn’t love seventy degree weather in December? More importantly, there have been some great studios grown out of the San Diego developer scene, so having a rich game history and solid talent pool are huge boons to studios looking to start/grow.

KONGREGATE: With several released titles, what do you think has been the biggest milestone so far for Ultrabit? Any learning experiences to share with budding game development teams?

ULTRABIT: There have been several huge milestones for the studio, and ones we hope other indie devs get to experience: launching our first title, going through an acquisition with an amazing parent company, and hitting profitability all come to mind. There have been a thousand tough lessons along the way, some that hurt more than others, but in general: being flexible on design early on in a project, understanding when you’re scope creeping, and ensuring your team remains healthy.

KONGREGATE: Now that Crossword Safari: Word Hunt has been released, what is next for the game and for the Ultrabit team?

ULTRABIT: The next big milestone for Crossword Safari will be the expansion of the world, where we will see our main characters experiencing new islands and adventures. We’ll continue to release new content like competitive leaderboards, new game modes, and new limited-time events. The team is focused on creating a solid experience for our word players, as well as looking for the next opportunity on the horizon!

We appreciate the Ultrabit team for taking the time out of their busy dev schedules to chat with us. Get info on Ultrabit job listings, download their latest game Crossword Safari: Word Hunt, or read more developer interviews here on the Kongregate blog.