Wait, what do elevators have to do with video games? Loads! Trust me, this’ll make sense. Solving the problem of perceived slowness can be tricky, but it helps to think of the problem as a perception issue. There’s a story called “The Elevator Problem” that I first read in a 37signals blog post. Apparently it’s been around for a while, so you may have heard of it. The short version goes like this:

A building is receiving complaints that the elevator wait times are too long. They consult a variety of experts who recommend all sorts of expensive and invasive solutions. One suggests installing mirrors next to the elevator doors so people can use the time to check their appearance or do some surreptitious people watching. The suggestion is adopted, at a lower cost, and the complaints stop.

In this story the problem solving is as follows:

Wait times are too long → Why is that a problem? → I don’t like to wait → Why not? → Because it’s boring. Solution: Remove the boredom.

This is how you should be thinking about perceived slowness in your games. Once you’ve exhausted your options in terms of technical improvements—or once those improvements come at too high a cost—it’s time to start thinking about changing how those delays feel.

Let’s talk about that.

Solving the problem of slowness

While every problem is unique, many options already exist, and they can be great starting points for coming up with your own solution.

Start generally before you narrow your focus

Maybe your entire game just feels slow, not any particular part but a more holistic problem. You’ve benchmarked the game and it’s actually running nice and smooth, so what gives? A common cause for this type of problem is animation.

Slow animations can make even the most responsive app feel slow. Maybe you didn’t account for the timing or maybe you’re hiding your sins, but slow animations can make things feel long and drawn out. Sometimes that’s the right choice, like if it’s a dramatic moment in your story, but most of the time you want your animations to feel much more snappy.

A good guideline is animations should be 200–800ms (depending on complexity) if you want them to feel fast. For simple animations err on the shorter side, allowing more complex animations to be a little longer to allow for full comprehension. If it’s a long series of actions you should break that down into its constituent parts for timing. Make sure to keep each part on the quicker side to balance out the longer overall length.

Stuttering animations, specifically animations that don’t appear to run at their natural speed, are often perceived as poor performance. Maybe the animation actually is running correctly, but if it’s not perceived that way then it’s still a problem.

There’s no clear and simple solution on how to avoid this one. Often people will suggest keeping the average FPS of your game above 60, but that’s not always the right choice. Cuphead might run at 60+ FPS, but it’s pretty clear the animations are much slower. This was the right choice for them, as it matches the aesthetic style of the era they drew inspiration from. It’s important for whatever you choose that everything feels natural and not like it’s dragging.

All of this contributes to how responsive your game feels, and that will define how forgiving your players are when you have no choice but to introduce small delays.

Speaking of those small delays…

When transitioning from one state in your game to another you might experience a delay as players wait for a server response or some generated content. While that new state is loading what do you do with the empty screen?

You know the information you’re about to receive and the form it’s going to take. Use that to your advantage by showing placeholder content. Your players will have a better understanding of what’s about to happen, and it’s a subtle way of letting them know the thing they’re waiting on isn’t your game; it’s their internet connection.

When there’s nothing else to do…

Sometimes there’s just no avoiding a long wait, and placeholder content isn’t going to cut it, so what do you do? Go back to The Elevator Problem. You have their attention; how do you want to use it?

Loading screens are often not much more than some basic art and a progress bar. But you can spice this idea up pretty easily by changing the sorts of progress messages that are displayed on the screen. Games like The Sims and World of Goo do this by making each step be utterly nonsense. 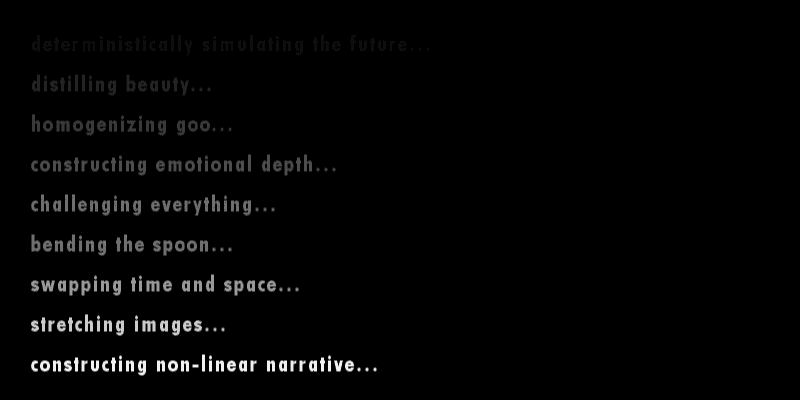 This technique can be a lot of fun for both you and your players. Just make sure that you have a good backlog of randomly selectable messages to pull from. It also works best when the load time itself isn’t more than a minute.

Teach your players about your game

It’s common to add tips to the loading screen, and that’s a great starting place. One of the more recent innovations of this technique is to add multiple tidbits that players can flip through. Dishonored 2 used this to great effect by providing you tips on general gameplay and level-specific guidance. 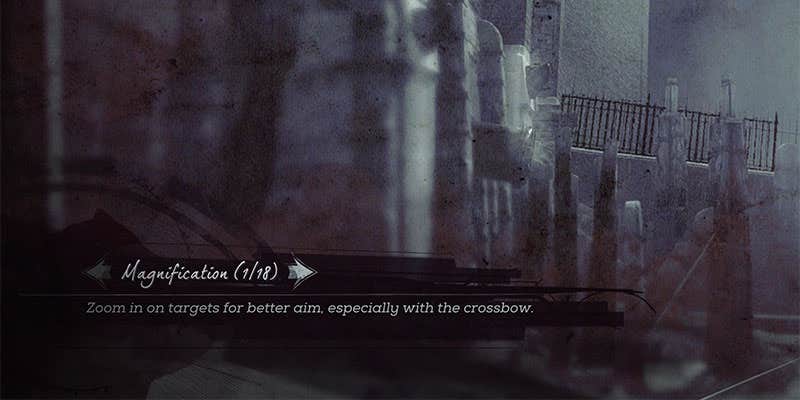 This is best used when the wait isn’t terribly long (especially if you’re only showing one piece of information on each loading screen). A good guideline is to speed-read through the tip three times as fast as you can (it should be quick, you know the copy). If the delay is noticeably longer than that then you need to either give them more things to read or distract them in some other way.

Let your players futz around

You don’t always need to manage a player’s time. Sometimes it’s enough to give them a playground in which to amuse themselves. The Assassin’s Creed franchise put players in an empty, endless arena and let them run around like an idiot. This fit especially well given the franchise’s central conceit of all past events taking place in a digital reconstruction.

This technique works best when it’s only a moderate delay of no more than a minute or two. Any longer and you’re just standing in an empty room feeling bored. This one is especially fun if your character models have physics effects applied to them.

Let them play (another) game

For a while people had to avoid this because it was patented by Namco. That ended in November 2015, and it’s now one of the best options for letting people kill time while their game loads. Splatoon took full advantage of this by letting you play a series of squid-based mini games. 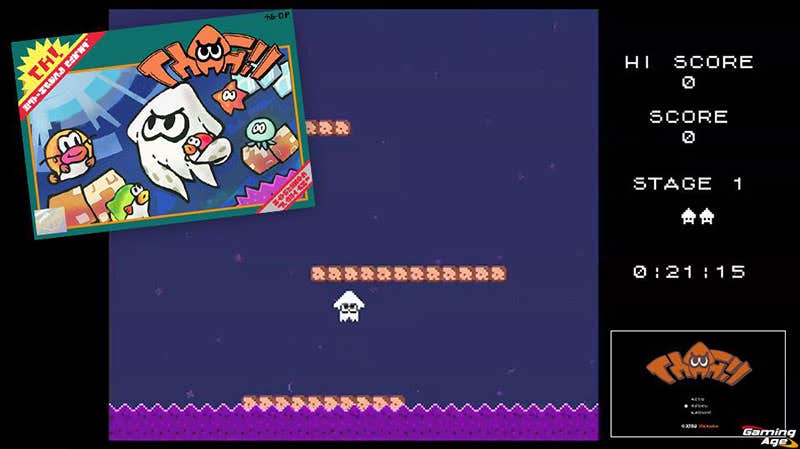 This is a great choice for longer delays where the player can expect to wait for several minutes — for example, if your players are stuck waiting for an online lobby to become available. However, if the wait is too short they might barely get to play the mini game at all, which can be its own source of frustration, so watch out for that.

Each of these are great on their own, but what happens if you mix them? Something pretty great! Bayonetta 2 made their loading screen a place to learn and practice special moves, which is a key part of gameplay. The result is a fun, educational playground. It’s even a mini game in its own way.

This option can be the best of all worlds. It’s fun for players, who get to mess around with no real consequences if they fail. If the session is cut short it isn’t a big deal, nor is it a big problem if it becomes an extended one. The only real risk is if your gameplay doesn’t have enough complexity to warrant this kind of repeated interaction. However, even that problem is rendered moot if the moves themselves (and their accompanying effects) are visually interesting.

Make it your own

With all of these examples it’s important to remember that the visual presentation isn’t the point I’m trying to make. Each example should be considered in the abstract. Your game could be very different, both in gameplay and in terms of visuals, but still benefit from using one of these techniques.

Let’s say you’re making a 2D platformer. The loading screen could be a playground with a series of simple shapes the player can jump and navigate around. The implementation would be rather simple but still provide the user with ample opportunity to practice core gameplay. You could further increase the usefulness of this time by designing the area to require multiple higher-level techniques to fully explore, including tutorial text near each section.

It’s all up to you and what you think might most entertain and educate your players.

It’s all about perception

Managing a player’s impression of your game is a tricky thing. Being perceived as slow can be the kiss of death even for the best game. But you can manage that perception through careful planning, consideration, turning extra time to the player’s advantage, and always remembering why elevators have mirrors.